The intention of yoga as described by the Yogasutras of Pantanjali is to develop the ability to regulate our minds and emotions in order to reduce suffering and restore our natural state of balance and ease.

With one in four people affected by mental health issues during their lives, this wisdom is as relevant today as it was thousands of years ago, possibly more so.

Recent studies have shown that over 55% of people who take up yoga do so to manage anxiety, depression and other mental health issues.

While these statistics highlight the relevance of yoga for mental health, they also give a misleading impression that all yoga is suitable to address such issues.

People generally walk out of a yoga class feeling better. However, to create lasting change there needs to be a deeper understanding of how to practice in a way that reduces symptoms and builds resilience to future stressors rather than only providing temporary relief.

The Yoga for Mental Health Program will provide you with this understanding.

By drawing on key concepts from the Yogasutras and introducing modern scientific understanding of mental health, the program will educate and empower you as a professional yoga teacher to provide lasting improvements to your student’s well being.

At some stage, you will surely have students in your class who are struggling with anxiety and depression. This Program will provide you with the knowledge, practical skills and confidence to attend to these students with sensitivity and heart.”

You will gain a deeper understanding of:

Skills for delivering your classes with an awareness of mental health:

$200 deposit is payable on registration. This reserves your place in the program and is your commitment to attend therefore is non-refundable. 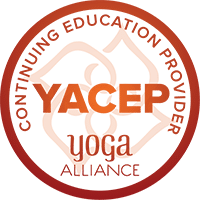 Is this program for me?

This Teaching Yoga for Mental Health program is for you if: Barbara Coley started practising yoga in 1992. At the time she held a senior position as a Financial Controller, and was instantly inspired by the way yoga helped her to maintain equilibrium in such a demanding role.

Over the years Barbara practiced and attended workshops in Iyengar Yoga and Ashtanga Vinyasa Yoga. However, her practice and understanding of yoga changed and deepened considerably when in 2006, she attended a 10-week training program in India with her teachers and mentors A. G. Mohan and Indra Mohan of Svastha Yoga & Ayurveda.

This was a very transformative period in Barbara’s life during which, she was struggling with low mood; this opportunity to commence her studies in yoga and in particular, yoga psychology, on a deeper level started her on a journey of self-discovery and healing. It was at this time that yoga became an integral part of her life and with the support and encouragement of Indra Mohan, she was inspired to the share the practice with others on her return to New Zealand.

Barbara commenced her studies in Yoga Therapy with the Mohans’ son, Dr Ganesh Mohan, in 2010. After completing her training and practicum Barbara was certified by the International Association of Yoga Therapists in 2016.

Barbara owned and managed a successful yoga studio in Auckland for 9 years however, in 2016, made the decision to give up teaching studio classes and now runs a private yoga therapy practice and teaches small general yoga & yoga therapy classes from her home studio in Grey Lynn. This enables her to focus her attention on the areas she is most passionate about – personalised yoga, yoga therapy & yoga education.

Barbara attends programs with the Mohans on an annual basis to further deepen her understanding of yoga and is forever grateful to have fallen into the lap of the most knowledgeable teachers and practitioners of yoga alive today.